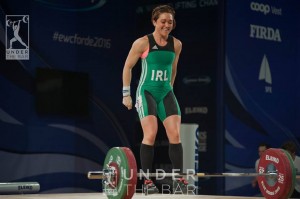 Claire has turned her lifestyle into her profession. With her extensive amount of expertise in a number of athletic fields, her passion is to train, educate, and inspire the nation.

Claire did all sports in Primary School, mostly ballet, gymnastics, athletics, and basketball, but sprinting was her favourite. 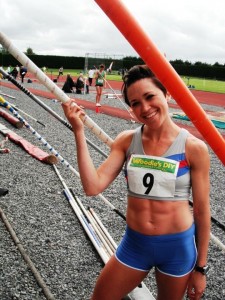 She joined a local athletics club, Templeogue AC, based in Bushy Park, at the age of 11. She claimed her first All-Ireland medal at the age of 12 in the 200m sprint, by coming 3rd. She stayed with the club and coach, Stephen Holt, until she was 18 where she then moved on to the “mother club” of Templeogue Athletic Club, DSD AC. By this stage Claire had left the 100m and 200m and specialised in the 400m sprint, competing for both her club, University (Trinity College Dublin), county, province and country. Over the years Claire represented Ireland in International meets and attained many National Titles, including National Junior 400m Champion, National Under 23 Champion, and Northern Ireland 800m Champion. 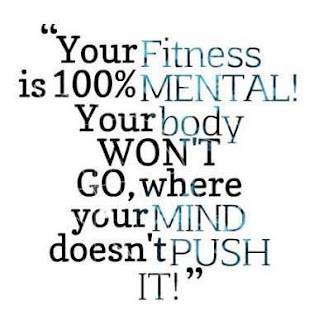 Claire suffered a severe hamstring tendon injury in October 2008, which became chronic and prevented her from competing in athletics for a few years. After 2 and a half years of monotonous rehab, working with, Aidan Woods, physiotherapist from Pearse Street Physiotherapy Clinic in Dublin, and then with her strength and conditioning coach, Caroline Rice and Ger Keane Physical Therapist (based in Hartmann International Clinic in University of Limerick at the time, Claire was able to run again, but was not able to compete at an international level due to the chronic damage done to the tendon area. Repetitive high impact sprinting and running is one of the most damaging of exercises to the body and although 90-95% better, her leg could not cope with the severe consistent impact from sprint training…

Doubt, to an athlete, is poison. Progress is made by ignoring the evidence; it is about creating a mind-set that is immune to doubt and uncertainty – MATTHEW SYED, Bounce 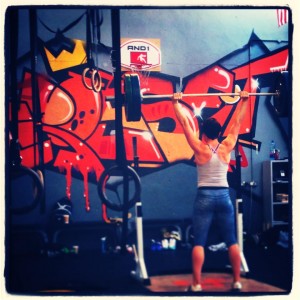 During the time of injury and with the massive help and support from Caroline, Ger Keane Physical Therapist and Doctor Eanna Falvey of the Santry Sports Surgery Clinic, Claire concentrated on getting herself as strong and fit as possible, after (finally) accepting that she could no longer compete at International level in athletics, she decided she had to move on and compete in a different sport…In January 2012, her gym sessions were going strong but running not so much…her strength and conditioning coach in Trinity College, Pete Boland, introduced her to Olympic Lifting and encouraged her to try it out. Despite Claire’s preconceptions that “it’s not for girls”, she gave it a go and ended up loving it. 5 months later in May 2012, she competed in the Irish Weightlifting Championships, won her category and broke the Irish record in her weight class. 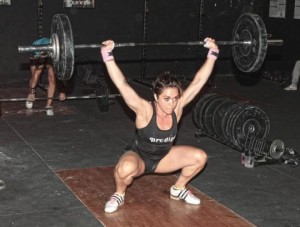 In January 2013, Claire moved coach to Sami Dowling so she could have a training partner and train along side past rugby player and now olympic lifting athlete, Sinead Ryan. She brought her fellow track athlete and best friend with her (Katey Byrd) and the three of them started to lift and compete together.

Claire trained with Prodigy Barbell until 2016 and now trains in CrossFit 353, with her fellow colleagues and 353 members and in Raw Gyms in Portobello! She focuses on Olympic Lifting and Power Lifting whilst dabbling in a lil’ CrossFit for fun and conditioning. She gets weekly physical therapy treatment and works closely with Dublin Sports Clinic (DSC) and Phillip Allwright from CrossFit 353 to keep injuries at bay. 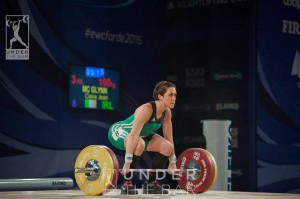 Claire competes Nationally and Internationally, and has represented Ireland and Weightlifting Ireland in the sport of *Olympic Weightlifting on numerous occasions since 2012. Claire qualified and competed in; the European Weightlifting Championships in Tbilisi, Georgia in 2015 and in Fjord, Norway in 2016 and has qualified for the 2017 European Championships again in Split, Croatia this April. She has also competed around Europe in the International Womens’ Weightlifting Grand Prix over the last four years. Claire was the first Irish female to Clean and Jerk 100kg in July 2016 and is currently Irish Champion in the 63kg class.

Claire became part of the National *Powerlifting Team in 2016 which consists of some of Ireland’s strongest humans (through the Irish Powerlifting Federation). She qualified and will travel to compete in the European Powerlifting Championships in Denmark on March 17th 2017. 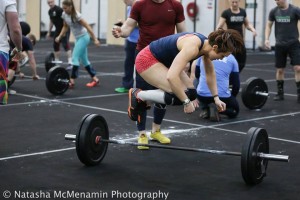 Claire was also part of the Irish team, Celtic Fire, consisting of some of the best CrossFitters in Ireland at the International Grid Invitational in Los Angeles in September 2015- learn more about Grid Racing here .

Check out Celtic Fire in action below

Thanks to Grid Cast TV for the footage!:

The Celtic Fire came all the way from Ireland to the Grid – NPGL’s GRID Invitational in Anaheim California. They have been awesome in the tournament thus far. We made this little video to say thanks for joining us across the pond to celebrate GRID together.